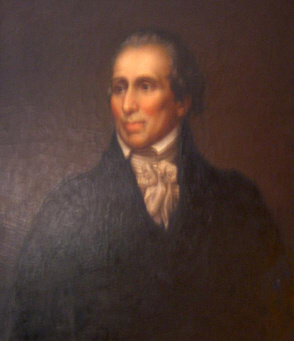 He was the “Beloved Physician,” Patriot; Soldier and Teacher - A man in the largest and truest sense, respected and beloved by all, the peer of any of his chosen profession.

Of sturdy New England stock, he made the most of his advantages. Eloquent, honest, capable, he was often called upon to address large convocations of the most cultured of his day. He graduated Harvard University in 1771 and was a founder of the medical school at Harvard. He was elected Hersey professor of Anatomy and Surgery at Harvard in November 1782. He was the brother of Joseph Warren, Grand Master (1769-1775) and Revolutionary War General who was killed at the Battle of Bunker Hill.

On December 6, 1782 he was unanimously elected Grand Master of Masons in Massachusetts. He served as Grand Master for 1783-1784 and 1787-1788, and maintained his interest in the fraternity throughout life. His was not a long life, but the estimate of a true man is deeds and not years. “He most lives who thinks most, feels the noblest, act the best.”

At his death full Masonic honors were accorded him. His mortal remains rest in the family tomb at the foot of Boston Common.

His portrait adorns the walls of the Grand Lodge room at Boston.

This Lodge has ever been proud of the noble man whose name we bear, and if we ever strive to measure up to the life of this noble man, then will the world be better for our having lived in it.